The funeral service industry of Jeff Davis County was officially organized in the early 1900s as a service of Mr. H. D. Wilson's hardware store. For many years, the Wilson family served as a furniture retailer, an agriculture supplier, hardware store, and as a funeral home; it literally was a metropolitan store called Wilson Hardware Store. The funeral home, later known as Wilson Funeral Home, was mainly responsible for embalming and building coffins, as the funeral service & burial of the deceased was often done by the family and/or members of the community.

As the expectations for funeral service grew higher, Mr. Wilson eventually turned the funeral service part of his business over to Mr. Jessie Thomas. Mr. Thomas purchased Wilson Funeral Home, changed the name to Thomas Funeral Home, and moved the business into a house located behind Wilson Hardware Store on the corner of Tallahassee Street and Odom Street in downtown Hazlehurst.

Mr. Thomas built the current building right behind his original location and facing Odom Street in 1963. In the late 60s, Mr. Thomas sold the funeral home to Mr. Walter Wainright and the name was changed to Thomas-Wainright Funeral Home.

In 1975, Mr. Larry Parlor joined Mr. Wainright and the name was changed for the last time to Wainright-Parlor Funeral Home.

The staff and the name of the establishment have experienced a few changes through the years. However, the staff of Wainright-Parlor Funeral Home takes pride in its history and in the wonderful people who have worked together for generations with the same purpose in mind - to provide a professional and dignified funeral service to the people of Jeff Davis County. 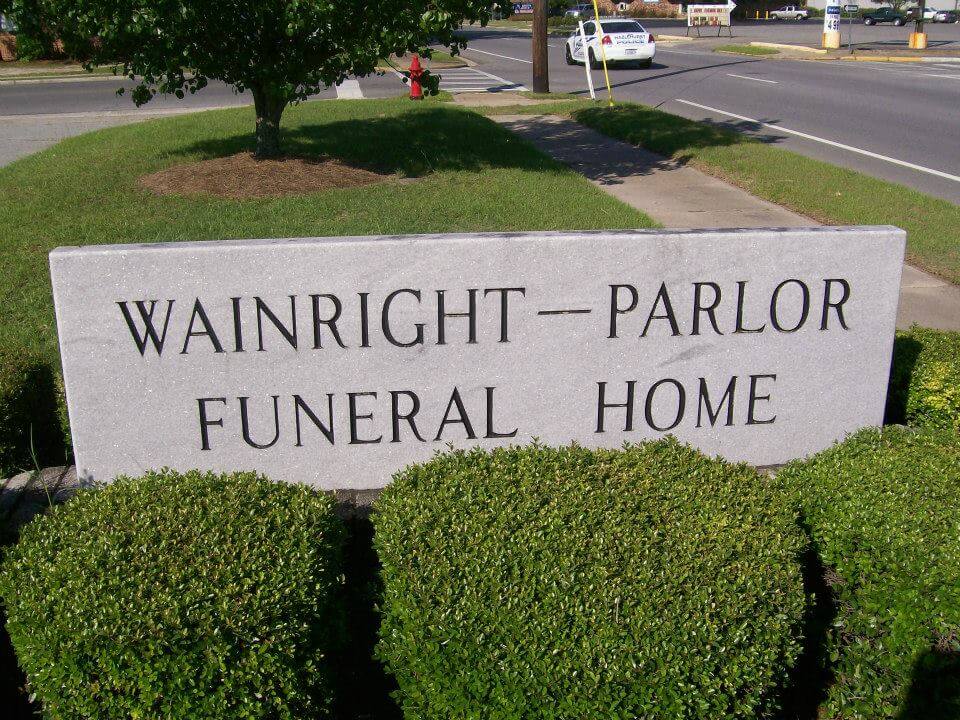